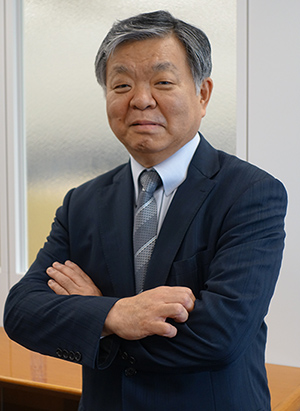 This is my third year as President, having been re-elected at the General Assembly in July 2019.

With regard to the negotiations for the revision of the IBF collective agreement, one of the major pillars of our association's business, we have been working since March of this year on the IBF Wage negotiations for the four-year collective agreement that went into effect in January 2019 will begin in earnest for This is to negotiate the rate of wage increases for the second half of the second half of the year, starting in January 2021. Tough negotiations are expected to be tough this year, with last year's tarriffs set to remain unchanged in the earlier negotiations. We will continue to work together as a negotiating team to achieve a result that satisfies both labor and management. This is a possession.

The other pillar, education and training for foreign seafarers using the foreign seafarer's fund, is the same for the seafarers of our member companies. We are going to establish a comprehensive training center in Manila to provide much-needed training free of charge. With the cooperation of JSU and AMOSUP, the JSU-AMOSUP The training facility, which is a renovated Mariners' Home, is scheduled to begin operations this spring. In addition to classroom lectures on treaty-related topics, training using equipment such as BRM and ECDIS will be provided. We intend to consolidate the training that can be conducted at the Comprehensive Training Center into this center.

In addition, the new training vessel, which was completed in December 2018 and donated to the Maritime Academy of Asia and the Pacific (MAAP) The Kapitan Gregorio Oca will be put into embarkation practice in April 2019, and in September 2019 The ship visited Japan in early April, and the students of the Japanese merchant marine academy and the MAAP trainees had an opportunity to have a cross-cultural exchange We have done this. In addition, the MAAP was designed to be an attractive place to recruit cadets for the National Maritime Association. We are also working to improve the internal IT environment, to improve the selection process for students, and to set up individual classes for national shipowners' association members. I have been working on this project.

I would like to see these projects for the Philippine seafarers to be completed in a speedy manner with transparency and fairness as our motto.

I would like to ask for your continued support and encouragement in this project.